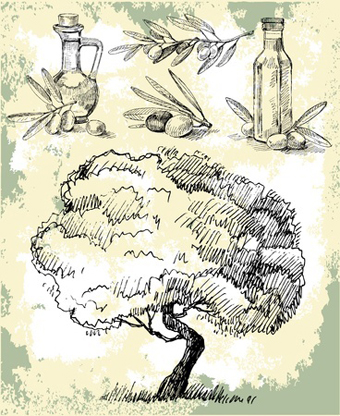 Olive, the most popular appetizer of our dishes in the wider Mediterranean region, is the fruit of the olive tree (Olea). 'Olea' in Latin means "oil", the name of Olive reflects the fact that it is particularly rich in fat, of which 75% is oleic acid, a monounsaturated fatty acid that seems to have the ability to reduce blood cholesterol levels. The olive tree grows in temperate climates without excessive moisture, so olive tree made its first appearance in the Mediterranean area (Greece, Italy, Spain, Turkey and Algeria). It is an evergreen tree that its leaves are colored dark green in the upper surface and lighter green on the bottom. Olive tree flowers are white, and appear in late May, while olive fruit ripening and harvested from late autumn to early winter. Olives cannot be eaten immediately after picking from the tree. We first be preceded by a necessary process to reduce their strong bitter taste due to oleuropein which is in the skin of olive.
These methods are vary depending on the type of olive, the area where each variety grown, and desired final characteristics (taste, texture and color). Some olives are being collected from the tree green and unripe, while others are left on the tree until they are fully riped and get an intense black color. The color of the olive can also be affected by different processing methods such as fermentation and maturation of their fruits in oil, water, brine or salt. These methods do not only affect the final color of olive but also their texture (smooth or wrinkled). 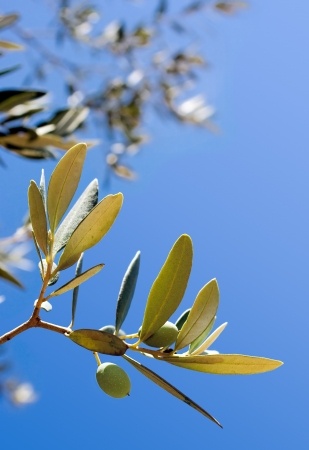 The symbolic value of Olive
Olive tree has always been a symbol of peace, wisdom, victory, immortality, protection and fertility. The olive branch which was being carried by a dove after Flood of Noah was the omen that human life will start again on earth. Mythology states that Hercules, after completing his 12 labors, planted the first olive tree. Olive tree was particularly important for the Ancient Greeks. It's the symbol of the Olympic ideals and was indeed the reward to the Olympians in ancient Olympia, as the athletes crowned with a wreath made from Olive twings. Olive tree was also depicted in the coins of ancient Athens and olives branches used in various ceremonies. Generally, olive is strongly connected with the concept of good, regeneration and light.