Olive oil in 2012 recorded an impressive growth in foreign markets by 58.5 % compared with 2011.
The most striking feature which shows the strength of Greek olive oil abroad is increasing is the demand from emerging markets such as China. According to a report by the Office of Economic and Commercial Affairs Embassy of Greece in Beijing, the upward trend of oil exports continued in 2012.
As the report shows, China's market is currently limited and located in large cities. But it is estimated that the market will continue to grow, thanks to an emerging consumer group with high income, directed towards adopting a healthier diet. 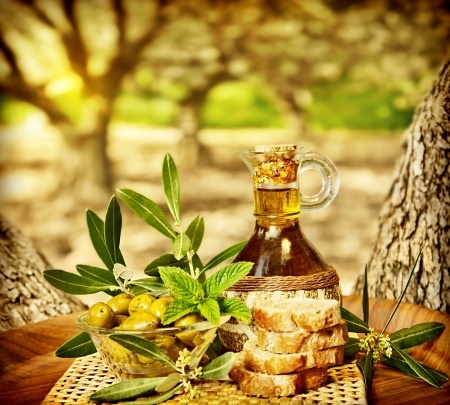 In fact, according to estimates, emerging group countries BRIC (Brazil, Russia, India and China) could absorb in the future significant amounts of Greek olive oil. Large room for growth, however, show even mature markets like the United States of America and Canada, where the purchasing power of consumers is high, but its per capita consumption remains low. Indicative of the potential development is that the average American consumes less than one liter per year, when in Greece the average per capita consumption exceeds 20 liters.
Apart from the third countries, Greek olive oil is estimated to have increased margins to win in markets of European countries such as France, where consumers today show greater preference to other cooking fats (e.g. butter).
Impressive is the recent years the trend of exports to Germany. Overall, in the five years 2007/2011, exports of virgin olive oil has risen from 6 million to 16.8 million (representing the period increase of 182 %), while the quantity of exports doubled from 2.2 to 4.4 thousand tons.
Apart from emerging markets Greek Olive Oil arrived in some exotic markets. Mayotte, an island next to Madagascar with a population less than 200,000 inhabitants, imported 15 tons. Its reputation also arrived in countries like Vietnam, Malaysia and Guatemala.