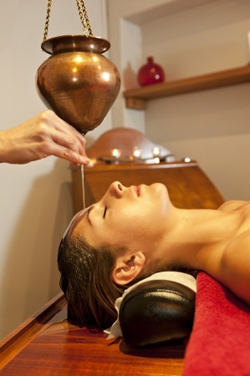 Other uses of Olive oil

Beauty
We should not forget that olive oil is known for its anti-aging action since it contains antioxidants that have the ability to neutralize free radicals that threaten our cells.
The local application of oil is a fairly popular habit among fans of natural products. The extra virgin olive oil considered the most appropriate type of oil for the skin, especially in the method of cleaning oil (oil cleansingmethod-OCM).
This method is a cleaning technique which improves the texture of facial skin by using extra virgin olive oil, castor oil and a mix of essential oils. Moreover, many women still use olive oil to manufacture hair masks, and take care of their nails. 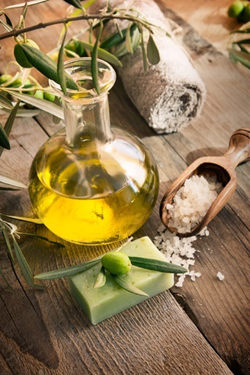 Medicine-Pharmacology
Famous since ancient times for its medicinal properties, olive oil was identified as food-drug by great healers of the time such Hippocrates, Galen and Dioscorides. Olive oil was used in deal of various diseases such as typhoid, tetanus, for eye and ear diseases, as analgesic and laxative, and for local application to ulcers and wounds.
Nowdays, because olive oil is almost unlikely to cause any allergic reaction it's being used in pharmacology as an oily suspension for injections and as a solvent for drugs. Moreover, it's often being used as softening tool for cleaning the inner part of the ear, in cases of excessive wax accumulation. 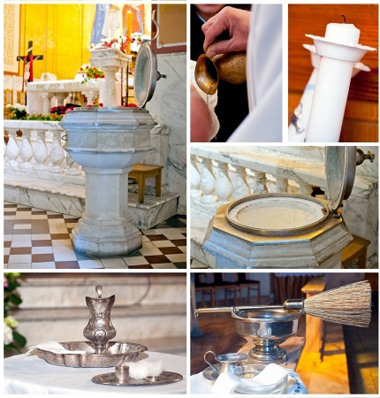 Religion
Religious symbol of healing and strength, Olive oil stars in various religions, as Christianity, Judaism and Islam, it's mainly used during certain Undertakers.
In Catholic and Orthodox Church, oil mixed with aromatic agents like balsam, gave the saint myrrh, which is used in ceremonies of baptism and ordination of priests and bishops, at the consecration of altars and churches, but also in the crowing monarchs.
The Eastern Orthodox Christians still use the oil lamps in churches, iconostases of homes and in cemeteries.
In Orthodox Church there are specific days of fasting where the faithful should abstain from olive oil, while orthodox monks are using it with measure in their diets.